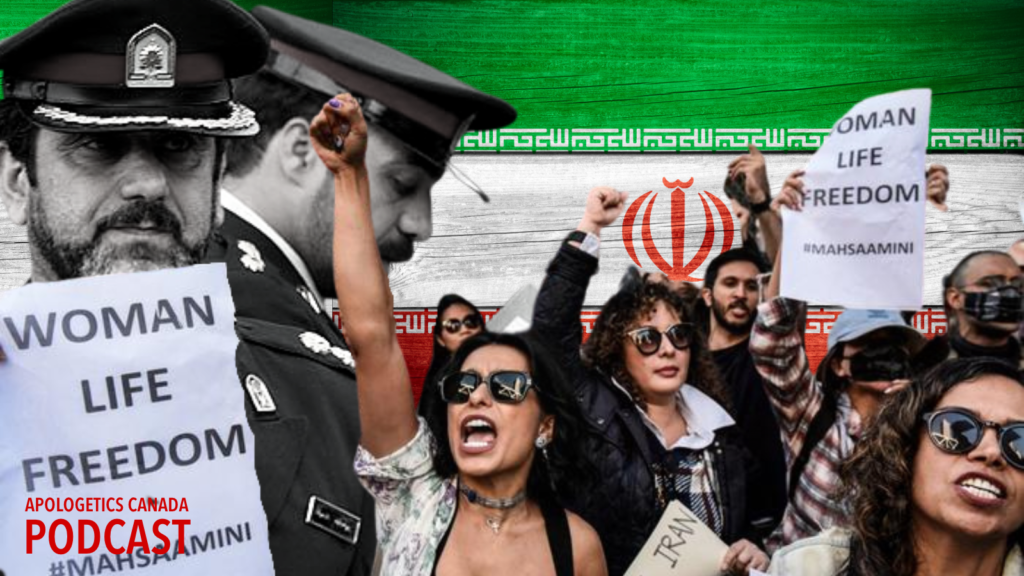 In discussing morality, one question that often arises is whether the application of said morality is subjective or objective. Also, the foundation of that morality also comes into discussion when comparing a secular worldview with a religious one. Recently, a young Iranian woman, Mahsa Amini, lost her life while in the custody of Iran’s Morality Police after the 22-year-old was arrested for improper dressing of her Hijab. This seems to be the straw that broke the backs of many Iranians, particularly women, who are already dissatisfied with the country’s focus on Sharia Law. Join Andy, Troy and Wes as they discuss the roots of morality and whether the western world has its own morality police.