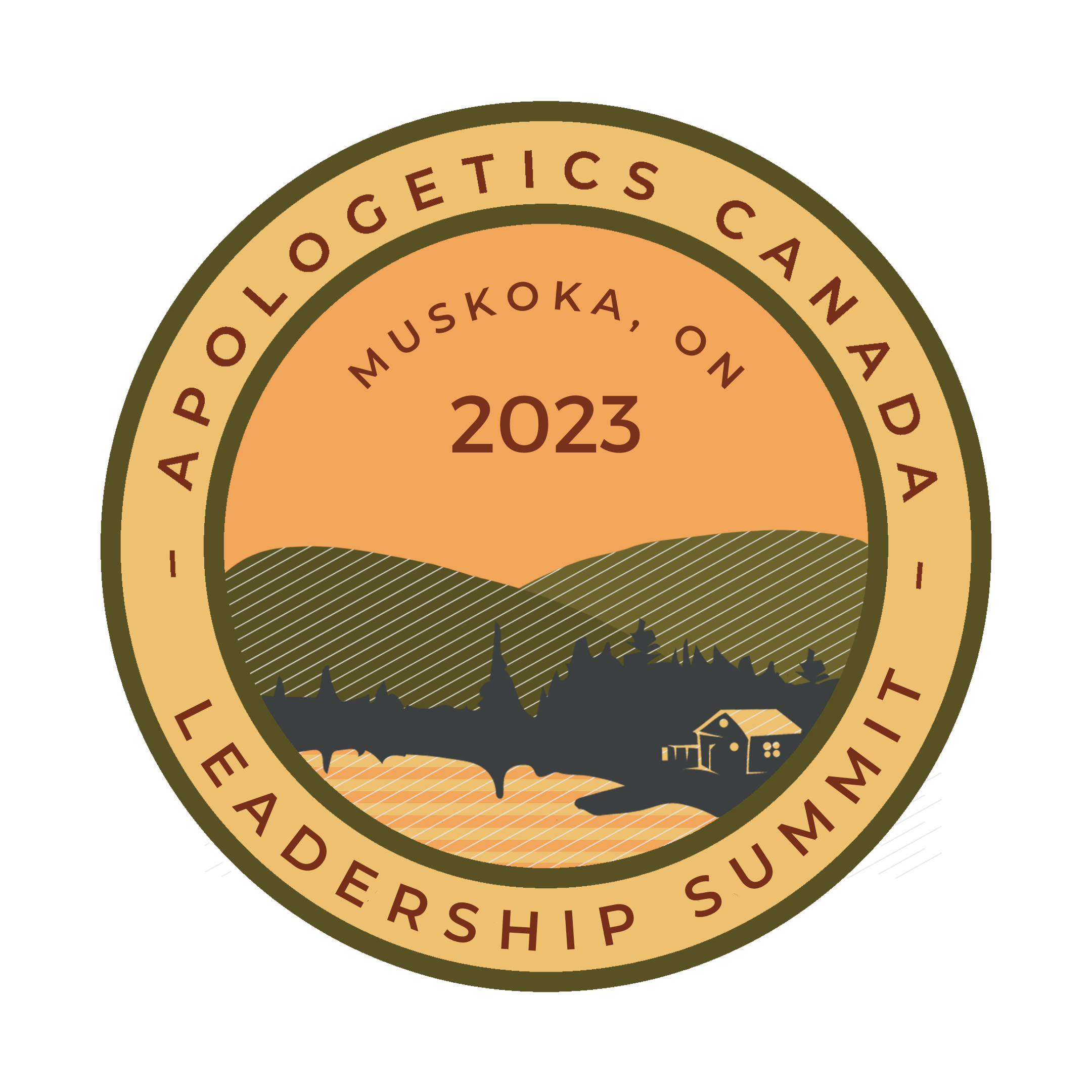 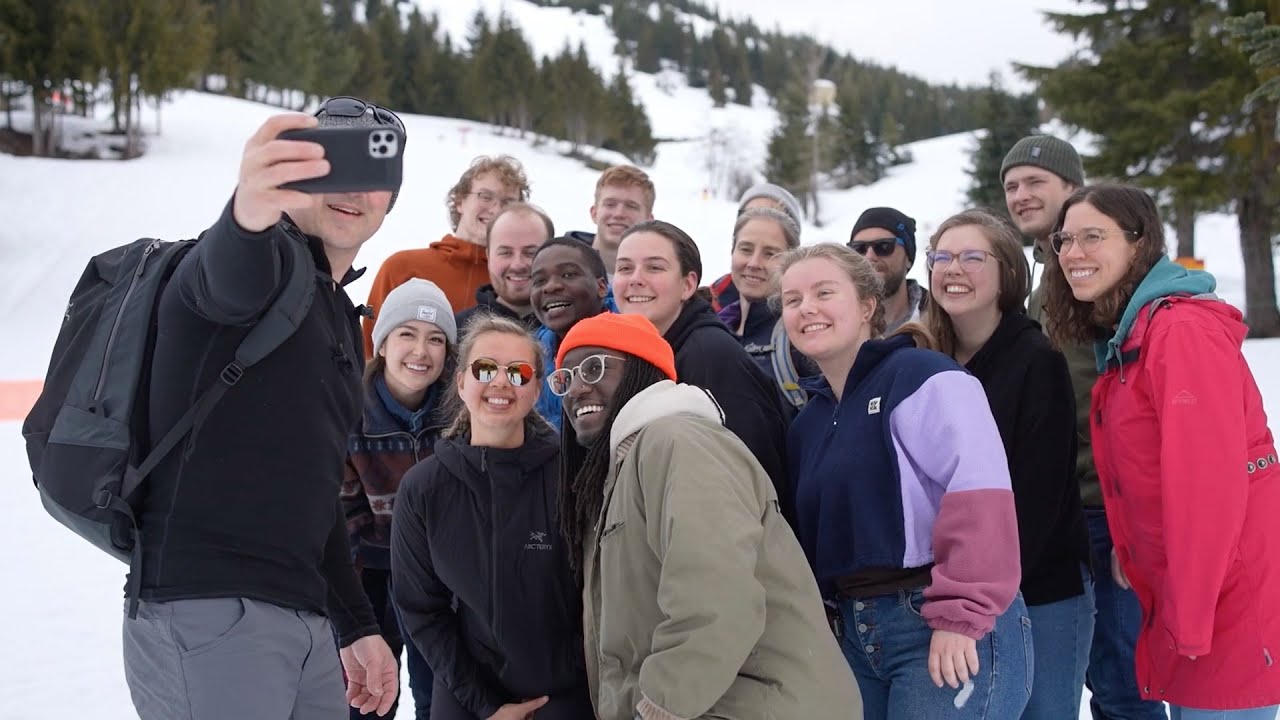 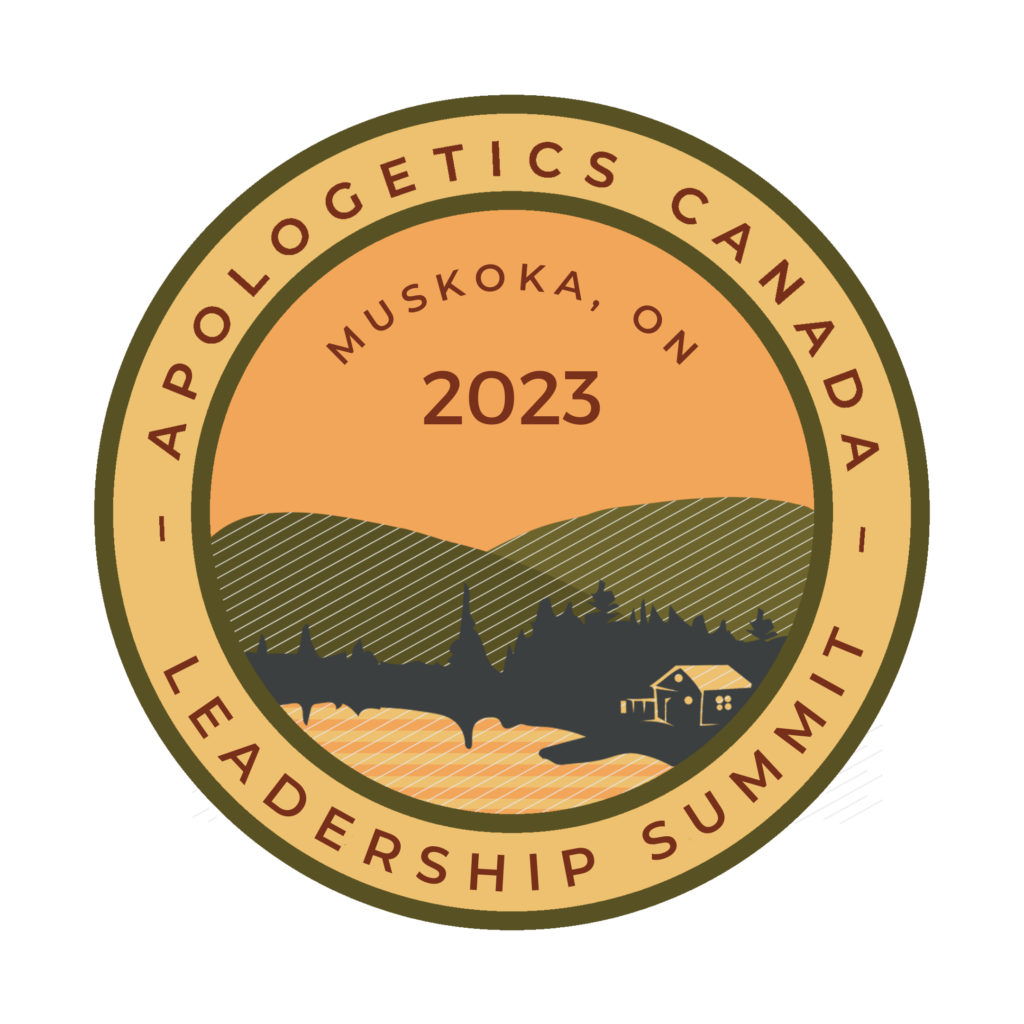 The First-Ever Leadership Summit in Ontario!

The Leadership Summit seeks to bring together aspiring Christian leaders from across Canada, for an incredible weekend of networking and equipping. This is an opportunity for young professionals and student leaders aged 19-30† to meet one another and grow together as Christian leaders.

Join us in the outdoor beauty that Ontario has to offer, where you can enjoy fellowship and growth.

† Exceptions may be made on a case-by-case basis.

Wesley Huff was born in Multan, Pakistan and spent a portion of his childhood in the Middle East. After being diagnosed with a rare neurological condition at the age of 11 that left him paralyzed from the waist down he experienced a miraculous recovery that the doctors themselves said they had no medical explanation for. This experience, along with a great deal of study and soul searching in his later teens helped his interest in the subjects of faith, and engaging the beliefs and worldview perspectives of others. Wesley holds a BA in sociology from York University, a Masters of Theological Studies from Tyndale Seminary, and is currently a PhD student in New Testament at the University of Toronto's Wycliffe College. He has participated in numerous talks and interfaith dialogue events at universities across Canada and has been participating in public dialogues on issues of faith, belief, and religion for the last ten years. (His wealth of material can be found at wesleyhuff.com.) He enjoys canoeing, archery, and cats (although not all three at the same time). Wes lives in Toronto with his wife Melissa, their son Eli, and their daughter Everly.

Troy Lydiate is a Jamaican-born recording artist (Scribe Music), speaker and mentor. With a BA in Social Sciences from Providence University, his professional background is Youth Support Working and thus, he naturally finds himself working with youth, young adults, and college ages in ministry. Troy works as the Creative Director and oversees Youth Engagement with Apologetics Canada. He can also be heard weekly as one of the hosts of the AC Podcast. Troy has a background in speaking at conferences, concerts, and schools as well as preaching, teaching, and leading worship at ministerial events. He is currently serving in leadership at his local church in the Greater Vancouver area alongside his wife and two children.

Kirk grew up on a cattle and grain farm in central Manitoba, Canada, where he spent countless hours in the forest as a young boy, fascinated with the plants and animals that are native to that region. Throughout his teen years he worked six days a week as a farm hand. He left his father’s farm at the age of 19 for university. Upon completion of his first two degrees, he was an experimental test engineer with Pratt & Whitney, helping coordinate the build and test of experimental aircraft engines. During those years, however, he felt a strong call to work with university students. After several years of considerable thought, he left engineering to work with Power to Change at universities across Canada for the past 37 years, thinking, writing and speaking about the interaction of science, theology and philosophy within the context of authentic Christianity. He has been married for 40 years to Patti and they have six children and ten grandchildren with more on the way. He enjoys nature photography, wilderness canoeing and camping, fly fishing, reading, and spending time with family and friends.

educator, pastor's wife, blogger
Elisha Galotti is a teacher with training and certification at the Royal Academy of Dance. Her passion for teaching children led to over a decade of teaching many forms of dance.

Elisha Galotti is a teacher at Westminster Classical Christian Academy, receiving her Bachelor of Arts from Toronto Metropolitan University followed by training and certification at the Royal Academy of Dance. Elisha’s passion for teaching, along with her delight in children, led to over a decade of teaching ballet, tap, jazz, contemporary and musical theatre full-time at the Ontario School of Ballet in Toronto. She currently lives and works in Toronto with her husband and three children.

apologist, speaker, political theorist
Logan is a PhD student in Political Theory at the University of Toronto. He has a heart for reaching people wrestling with tough questions about Christianity.

Logan is a PhD student in Political Theory at the University of Toronto. His research and teaching is in the history of Western political thought, from Plato to Nietzsche, with a focus on the legacy of Christianity in shaping modern political ideas, such as human rights.

Logan has a heart for people to encounter God for themselves by exploring tough questions about the Christian faith. He has spoken at universities and churches in North and South America on topics such as "Is God against our freedom?," "Why would a loving God judge me?," and "Is Christianity exclusive?"

Logan holds a BA from the University of Virginia, an MTh from the University of Oxford, and is a graduate of OCCA The Oxford Centre for Christian Apologetics. He speaks English, Spanish and French, and lives in Kitchener with his lovely wife Samantha, where he likes to drink tea and go running — rain, shine, or snow!

mentor, evangelist, campus leader
As someone who didn't grow up in a Christian environment, Jill values initiating thoughtful conversations with those who don't yet know Jesus, having worked now for over 16 years engaging Canadian university and college students.

With over 16 years of experience working with Canadian university and college students, Jill loves seeing young people understand how the gospel and a relationship with Jesus connect to the whole of life.

As someone who did not grow up in a Christian environment or going to church, she values initiating thoughtful conversations with those who don't yet know Jesus and giving them opportunities to encounter both Christ himself and his people. After leading the Power to Change staff team at York University for many years, she is currently leading staff on P2C's Creative Communications team and engaging students in digital and online contexts.

Fascinated by well-told stories and the human experience, Jill holds a BA with a major in English and a minor in Humanities from Simon Fraser University. She lives a carless city life with her husband and her almost two year old son in Toronto. When she is not frequenting playgrounds with her very curious toddler, she can likely be found watching the Blue Jays with her husband or writing in very particular notebooks and planners with very particular pens.

This year's AC Leadership Summit Ontario will take place at Camp Medeba just to the east of the Muskoka District, about 3.5 hours' drive north of Toronto. 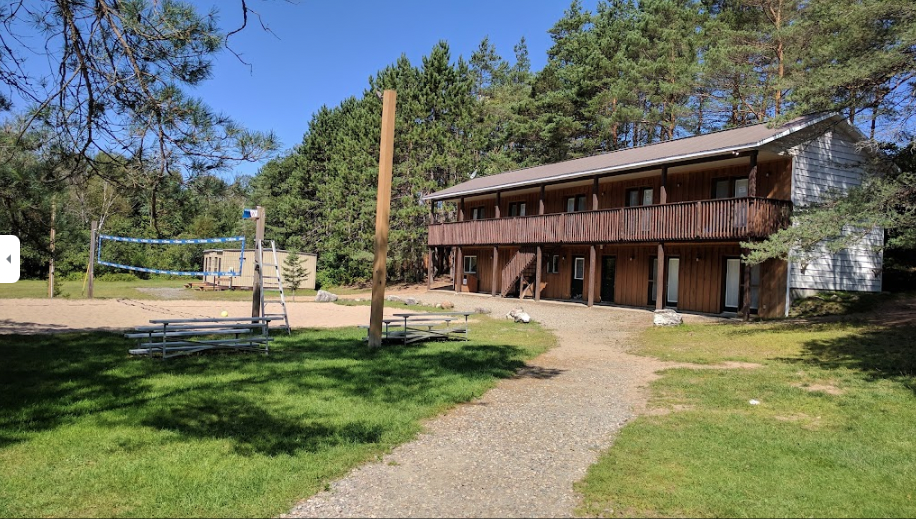 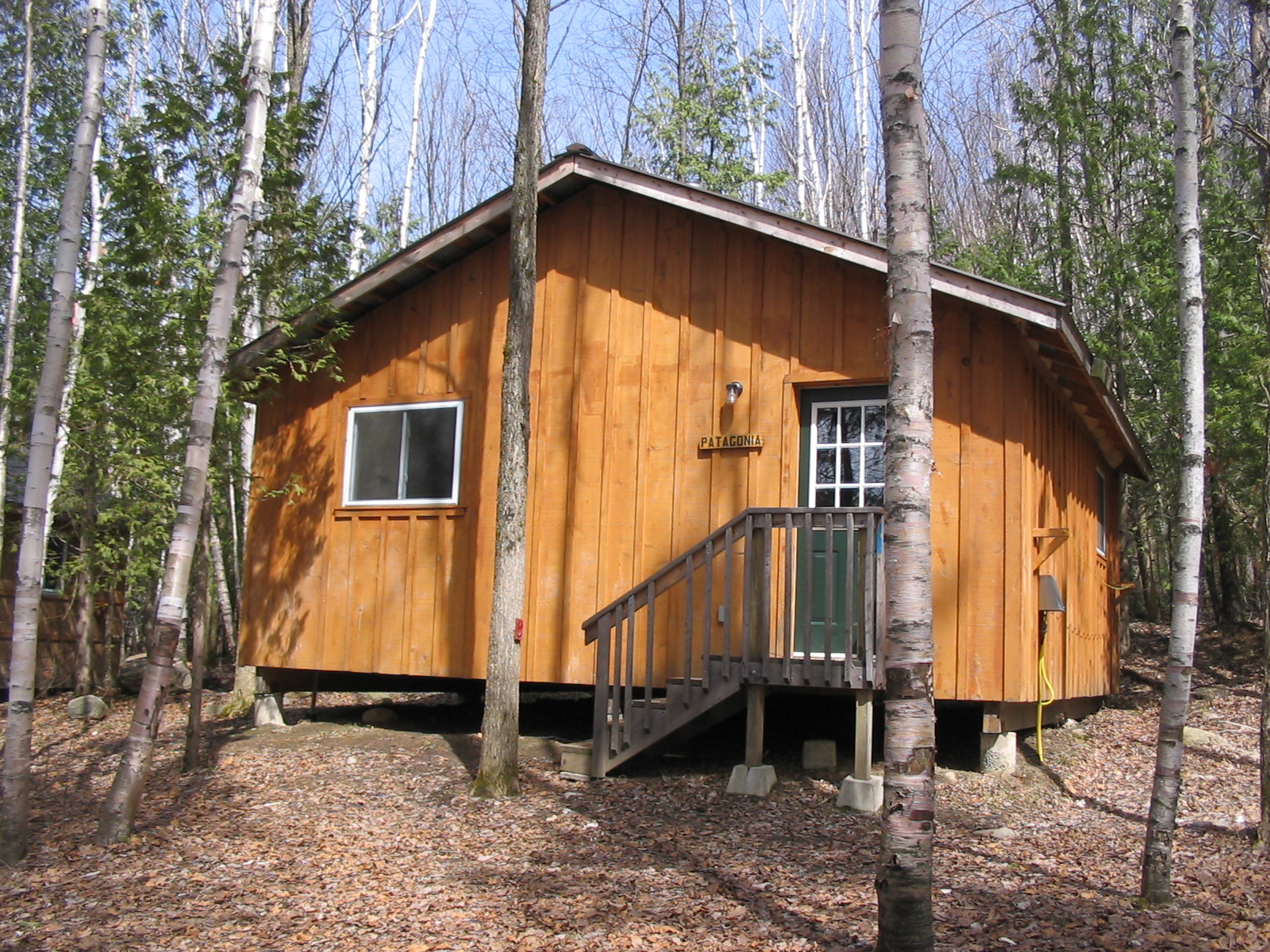 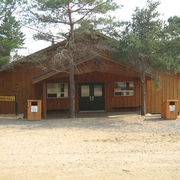 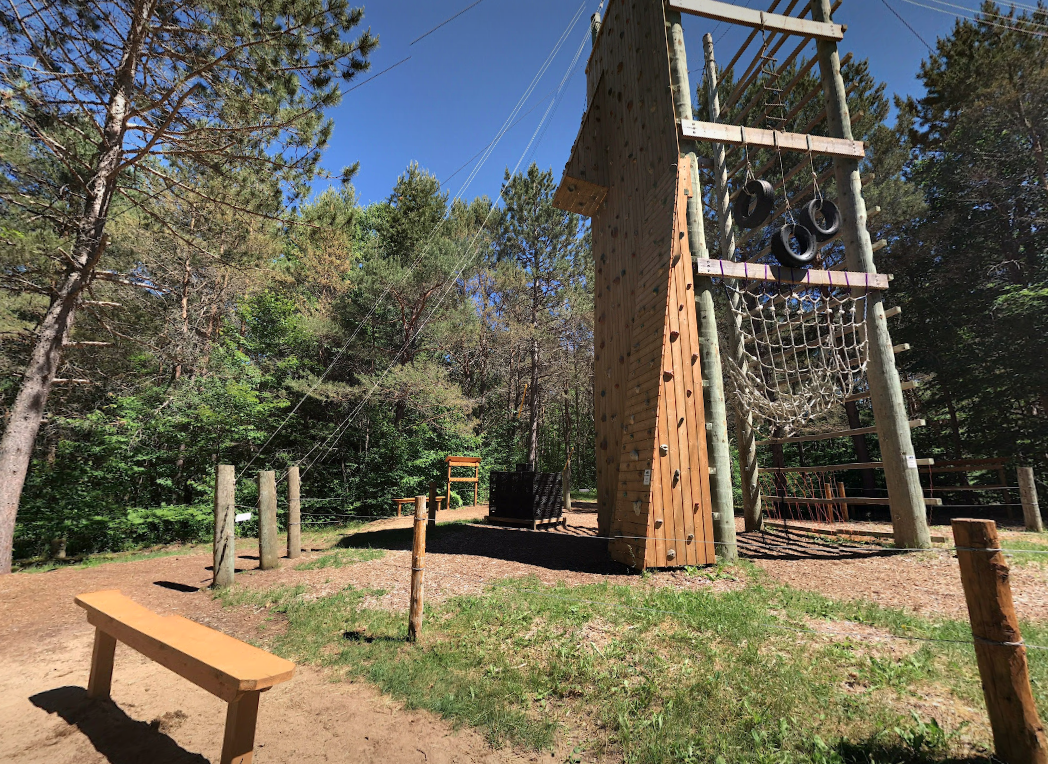 The AC Leadership Summit is a targeted opportunity for growth. It is specifically meant to train, equip, and encourage young Christian professionals and student leaders between the ages of 19 and 30.  As such, in order to join us for the Leadership Summit, an application process is required.

Submit your application using the form below.
(All fields are required.)

If you have any questions, feel free to email us: [email protected]