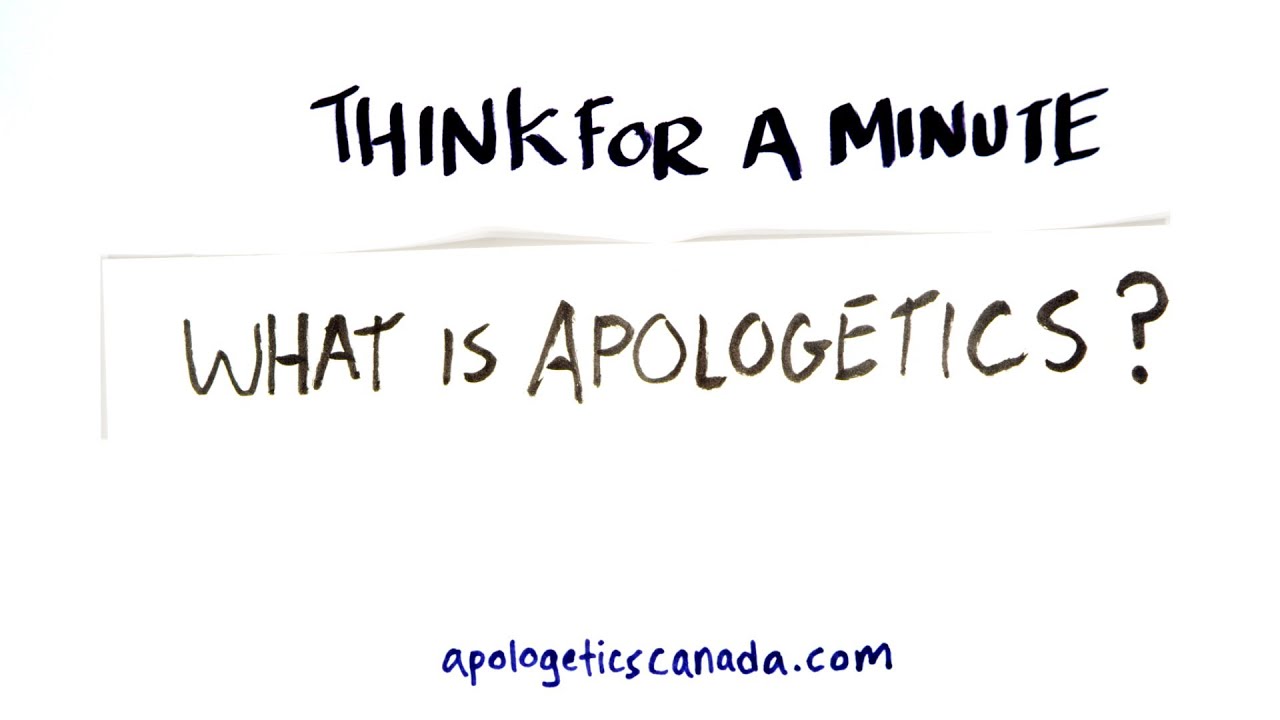 In Scripture, we see apologetics modelled, for one. For example, in Acts 17, we see Paul entering the synagogue in Thessalonica reasoning with the Jews using Scripture on Sabbath days "as was his custom." (v. 2) Later in Acts 17, we also see Paul engaging the Greeks on Mars' Hill, reasoning with them as he cites Greek literary figures among other things. The Book of Acts is filled with such endeavours on Paul's part. Furthermore, Jude wrote a letter to "to contend for the faith that was once for all delivered to the saints," and John wrote a whole gospel to convince his readers that Jesus is who he said he was. (John 20:30-31) Most interestingly, we can see Jesus engaging Jews to show them who he was. (See Mark 12:1-24 for a great example of this.)

Apologetics is not only modelled in Scripture, it is also commanded. Christians are commanded to make a case for Christianity. 1 Peter 3:15 tells us to be prepared "to make a defense (apologia) to anyone who asks you for a reason for the hope that is in [us]; yet do it with gentleness and respect."

So, to answer the question, apologetics is biblical. Indeed, one could argue that it is unbiblical to do away with apologetics.

You can't argue people into the kingdom.

Those engaged in apologetics sometimes hear from well-meaning fellow Christians, "You can't argue people into the kingdom. What we need is to show them love." There is some truth to this statement, but it is a grossly incomplete statement.

What we need to remember in all of this is that salvation is the work of the Holy Spirit. No one enters the kingdom without the work of the Holy Spirit. Without it, no one is argued into the kingdom. Without it, no one is loved into the kingdom, either. Conversely, the Holy Spirit can use apologetics to bring non-believers into a saving knowledge of Jesus Christ, just as he can use acts of love and care by Christians to bring them into the kingdom. In fact, popular apologists like Lee Strobel and Dr. William Lane Craig will testify that they have lost count of the emails they received from converts who became Christians after watching their debates, reading their books, and/or engaging their website material.

Didn't Apostle Paul argue against the use of rational arguments in 1 Corinthians 2?

Some Christians who are against apologetics appeal to Paul's letter to the Corinthian church. In 1 Corinthians 2, Paul says,

And I, when I came to you, brothers, did not come proclaiming to you the testimony of God with lofty speech or wisdom. For I decided to know nothing among you except Jesus Christ and him crucified. And I was with you in weakness and in fear and much trembling, and my speech and my message were not in plausible words of wisdom, but in demonstration of the Spirit and of power, so that your faith might not rest in the wisdom of men but in the power of God. (vv. 1-5)

The idea here is that Paul's approach to evangelism in Athens (Acts 17) was a failure. He has since recanted this "intellectual approach" and stuck to the simple proclamation of the gospel.

This, however, is a misunderstanding of what Paul's saying here. In the Corinthian church, there were those who challenged Paul's authority as an apostle (2 Cor. 10-11). Contrary to the humility and meekness of Paul, these "super-apostles" were boastful, taking credit for the work of others (2 Cor. 10:12-16). They also seem to have accused Paul of being dishonest with money (11:8-9).

These same "super-apostles" also criticized Paul on such things as his "stage presence" and eloquence (2 Cor. 10:10).

This context informs us that, in 1 Corinthians 2, Paul is not pitting his current approach to proclaiming the gospel against his previous approach as in Athens. Rather, he is pitting himself against his detractors, the "super-apostles" who are actively undermining his gospel ministry. Paul was certainly not against reason and knowledge even after his trip through Athens, because the same Paul who wrote 1 Corinthians 2 also writes in 2 Corinthians 11,

Indeed, I consider that I am not in the least inferior to these super-apostles. Even if I am unskilled in speaking, I am not so in knowledge; indeed, in every way we have made this plain to you in all things. (2 Cor. 11:5-6)

So, no. Paul is not arguing against the use of rational arguments as such in 1 Corinthians 2.

Jesus endorses blind faith in John 20:28 in his conversation with Thomas.

After his resurrection, Jesus appears to Doubting Thomas and says to him, "Have you believed because you have seen me? Blessed are those who have not seen and yet have believed.” (Jn. 20:29) Some people, Christians and non-Christians alike, take this to mean that Jesus praised blind faith over reason.

Two things can be said about this in response:

First, the Greek word that is often translated as "faith" in the New Testament is pistis. Contrary to what people sometimes claim, pistis is not about blind faith. If you look up a Greek-English lexicon, you will see that the primary sense of this word is "trust." Trust is not blind. Rather, trust is formed on the basis of evidence. I trust my wife because of the evidence of our history together and what I know of her character, etc. In other words, biblical faith is not a blind leap in the dark. Rather, it is a response to evidence.

Second, Thomas already had the testimonial evidence of other disciples, but he rejected them (Jn. 20:25). When Jesus did appear to him, he showed him the evidence he was asking for, and told him not to "disbelieve" (v. 27). In other words, what Jesus is correcting in Thomas is not his asking for evidence as such, but his refusal to accept the apostolic testimony.

Why bother with apologetics? Isn't it ineffective in a postmodern context we live in?

Some believe that apologetics is not so much invalid but useless. We live in a postmodern society where logic and reason are dismissed, it is said. People just don't respond to rational arguments, and we need to simply share our testimonies.

There is certainly power in sharing a testimony. Without detracting from that, it must also be emphasized that people do respond to rational arguments. (Of course, rational arguments need not be communicated solely through syllogisms. It can also be communicated through art, music, and literature.) The numerous stories of faith deconstruction and the countless testimonies of people who have been "argued into the kingdom" bear witness to the importance of intellectually robust faith.

Further, apologetics isn't simply a tool to be used in evangelism. In fact, Apologetics Canda takes apologetics to be primarily an avenue of discipleship. We continue to encounter young Christians who want to know the intellectual substance of their faith, and we find apologetics to be an important part of that spiritual growth.